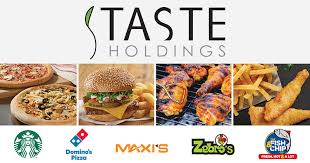 Taste Holdings (TAS) is a frightfully frustrating company. They have some great brands and are positioned in a market with excellent long term growth prospects, particularly in sub-Saharan Africa. Yet management are frustratingly cryptic in their press releases, often lack transparency and have the little investor wondering, whose interests management really has at heart. I previously wrote about their suspicious acquisition of loss-making franchise stores from their own management team. The 4 April press release entitled “Taste – group to focus on food in the future” appears to be another master piece of suspicious information.  Let us slowly, piece meal digest this press release:

This seems like a smart move. As they explain, the two businesses require different levels of focus. The jewellery business is likely to have little growth, high margins, good cash flows and requires a good degree of gearing. In other words, it is a cash cow, that requires a specific type of management. The focus is on high income consumers, on operating costs and requires limited innovation.

The food business is in a growth phase, requires entrepreneurial thinking, expansion and is hamstrung by debt. The focus is on lower income consumers, on expansion and on achieving scale.

Jewelry and franchise fast food were always a strange combination of businesses, but they are also at different stages of the business cycle and require a very different approach from management. I have previously written on the strong fundamentals that support increased dining out in the future and I support this renewed focus on the food business. A focus on lower income consumers is also more appropriate for a business looking to expand rapidly in southern Africa.

Whilst I fully support the intention to sell the jewelry division, they have not disclosed the intended selling price. In the last Annual Report (Feb 2016), the division produced roughly half of the group’s revenues at R570m, an EBITDA of R70m and a pre-tax Profit of R43m. The division had assets of R416m and liabilities of R212m.

It is difficult to value this division, but, as it generates half the revenue, as a starting point, it could be considered worth half the TAS market cap, i.e. R390m. That would put it on 9 times pre-tax profit, or 0.7 revenue. Another good reference is when TAS bought Arthur Kaplan for R85m in cash in late 2014, that was on a multiple of 0.4 revenue and 5 times pre-tax profit. By those metrics, the jewelry division should be worth approximately R220m.

Existing shareholders are being offered 80m shares at R1.50/share, putting R120m in the kitty to “reduce debt”. On the last interim balance sheet, TAS had R480m in debt. R210m of this is within the jewelry division and would presumably be sold together with the business, which leaves a net debt of R270m. If the clawback adds R150m, is the jewellery division only worth R120m? Or where is the other R100m going?

80m shares is an effective dilution of 20%. In my opinion there appears to be little justification to dilute shareholders by one fifth, to pay down debt, that should be covered by the sale of the jewelry division alone.

Finally and most interestingly we learn once again about a consortium controlled by Protea Asset Management and Conduit Capital, which in May 2016 acquired 31.4% from Brimstone and other investors. This consortium now controls around 35% and is likely to go above this with the subscription to the claw back offer underwriting of the rights issue. Importantly, they have asked for exemption from being forced to make an offer for the entire company when they exceed this threshold.

Let’s add in management’s stake at 17% and somebody called Khrom Investment, who announced a 5.2% stake on 6 April 2017 without further explanation and we have 57% of the company tightly held. I like strong supportive shareholders, who believe in the business and see value at current prices – with TAS I just wonder whether other minorities are having their interests protected.

So how do I feel about the events described in the announcement? I like the focus on food, I like the elimination of debt, I like the big shareholders pushing through their vision and clearly seeing value in the food business. I don’t like the lack of transparency in the press release, I hate the implied lack of value of the jewelry division and, after previous corporate activity, I have trouble trusting management.

The big test for this company will be to see to whom and at what price they are selling the jewelry division. If it gets sold to an independent party for R200m-R250m, then tuck into the new owner’s and strategy, if it gets sold for R100m to an undisclosed buyer or some shady offshore fund, then run for the hills.