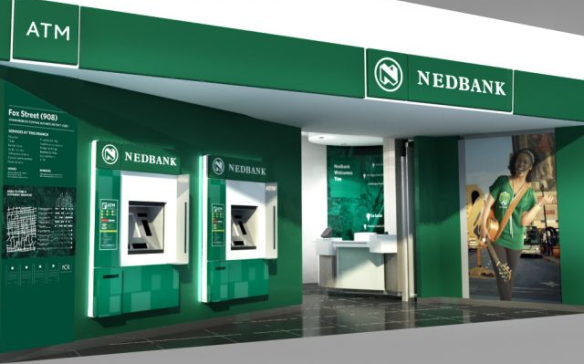 This Silly Season, I have been particularly unfortunate to have had to make several trips to large, frightfully busy shopping malls in both Gauteng and the Western Cape. The queues, the lack of parking space, the crowds of shoppers all take their toll. The worst is standing in queues four deep at banking courts, wondering how long it can take a fellow to withdraw some money from an ATM or observing a grandma punching in her pin in slow motion, one finger at a time.

The upside – if you can call it that – of this is that I had time to observe the trends at the four large retail banks in South Africa, as these ATM’s are always grouped together. Queues are equally busy at Standard Bank, ABSA and FNB, but across the various malls, the Nedbank (NED) ATM’s were standing consistently empty and unused. When a lucky customer did approach, he was in and out of there in less than two minutes, while the observers in the other queues heaved a collective sigh, as the grandma at the machine removed her card, only to put it back in again.

We have to assume that all customers, who are not bound to a certain bank’s ATM, such as international visitors, Investec clients, etc., also use the freely available Nedbank machines, which implies that the number of actual Nedbank customers, is even less than what can be observed. As a Business Muser, I ask myself where all the Nedbank customers are. Does NED still want to compete in this market? They are likely more focussed on their business banking business. But why then incur the cost of an ATM network? Essentially, this is the banking equivalent of walking passed that corner Tea Shop and never seeing a customer and then not being surprised, when it closes down three months later.

With visible question marks of this nature, I am certainly staying away from an investment in NED.

1 thought on “NED – Where are the retail customers?”